Well, how do I start this post? Oh yeah, it’s my final year of school and one week of it has given me its unusual taste.

Wassup, everybody! I am extremely sorry for my one-week absence, I just had so much work to do. AND I am so proud to say that this is my 101st post, after this notification over here. 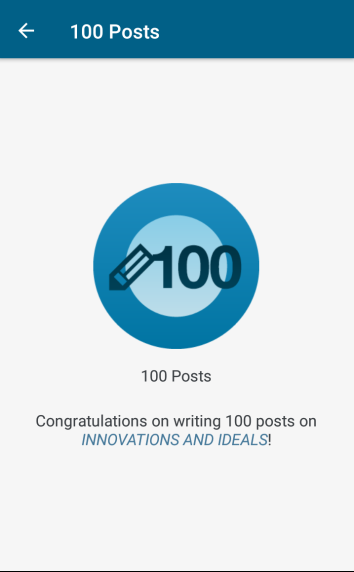 My first post was in March 2017, when I had first posted a motivational post. So, I decided upon making it an annual thing to write the first post under motivation for every hundred posts, to commemorate the next hundred.

Anyway, as I was saying, this was how my first week of school went:-

On the very first day, I was late for school, cause my bus came late; thereby allowing me to scramble for any random seat that I could get my hands on. Luckily, I got a good one right opposite to one of my dearest friends, so that was something to be happy about on the first day. We had a speech by our Correspondent as well, and it was about guiding us through our final stage of schooling. And after that, well, classes resumed as per schedule.

Teachers came and went, and we had three new additions to our faculty for 12th grade- Math, Physics and English. They did meet our expectations and not our nightmares, so that was a plus.

Every day, as we walked down the corridors, we were under the assumption that we’d meet our seniors from last year, and when we get the rebukes of being “the topmost role models of the school” it dawns upon us that we are the seniors and that they have moved on in their lives.

An unexpected thing that happened was the calls for attending out of school events right after the first week of school. I was given the opportunity to attend a lecture about Higg’s Boson and Particle Matter, which was hosted by the Tamil Nadu Science Forum at Anna Centenary Library on the 15th of June, which I happily accepted.

Something I decided that I would do for this school year. wake up at 4:30 AM every weekday so that I can get some good studying done and have a lot of calm time to myself for this school year. Ultimately, it has been scientifically proven that waking up at 4 AM, can give you immense health benefits.

Now, I am not saying that this might be the same for everybody that goes to school as a Senior or as a Freshman; but since you get to make your mark, make sure that you make it as good as possible. Sure, it might be an embarrassing moment or a hilarious one, or even a happy one; but after it’s over; you’ll be looking back and laughing over the days that seemed so cool and hype and wished that life would be the same as it was then.

We all need to grow up, at one point or another; it’s a process that we cannot deny in our lives. But if we make our growth as memorable as it can, I think we might be the happiest ones to have existed.