Opioids are painkiller drugs, which can cause death if taken in huge amounts and since it is very addictive here are the stats of its consumption:-

Dr. Daniel Kohane, Ph.D., recently led a study by a group of researchers from Boston Children’s Hospital in Massachusetts to give a solution to this problem, by providing an alternative drug that can be used as a painkiller.

Tetrodotoxin, a toxin present in sea animals, such as pufferfish, is being put through the test to see whether it can provide the required result. However, it is more toxic than cyanide, so the chances of human cell acceptance towards this toxin may be very less. But, Dr Kohane had demonstrated in an earlier study that the same toxin can be used as an anaesthetic, so the usage for the good is highly likely. 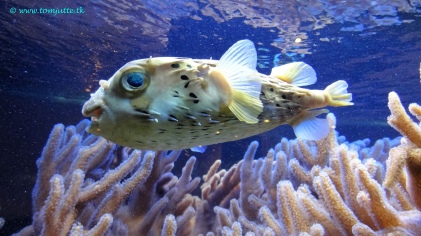 When he was interviewed for why he chose this particular toxin, he said:

He also stated that the drug can tend to leak out quickly in a human cell, so the usage of this toxin on humans is still under development, but by adding nerve blockers and polymer composition techniques, we can still try to use the drug. He hopes that the use of this toxin will be a major development and it will pose as an alternative to opioids in the future.