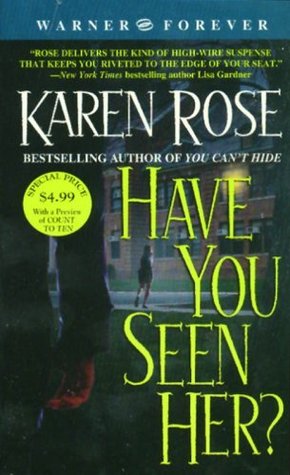 Name of the book- Have You Seen Her?

Summary- Three years ago, young teen girls went missing from their beds at night in Seattle. And three years later, the crimes have restarted again in the state of North Carolina.

Special Agent Steven Thatcher looks at each corpse, seeing that the serial killer is at work. As he finds that the clues leading to the answer become thinner and thinner, it doesn’t help that his oldest son Brad is behaving strangely and that his youngest son, Nicky can’t sleep in his own bed at night.

Jenna Marshall, Brad’s teacher, is determined to set things straight with her star pupil and her last resort is to meet his dad. But what will happen when the walking scot-free murder sets his sights on her – will Steven save her before it’s too late?

Review- I had a lot of favourites in terms of the character arcs in this book. But my personal favourite character was Steven Thatcher. His character arc was splendid, and I really enjoyed the way he and Kent tried to make out of the very minute clues that they got at the crime scenes.

My favourite quote in this book was by Jenna Marshall – “Have courage Steven” and his thought would be, “If only that were simple”. A great quote that I had cherished throughout the book.

Rating – I’d give this book a five on five, the plot was truly gripping and it was pretty hard to keep the book down.