My experience as a participant in the World’s

On the 14th of October 2017, I was privileged to attend the third Indian International Science Festival(IISF), supported by the National Institute of Ocean Technology(NIOT)-which held the Guinness Record attempt for the longest biology lesson at Anna University,Guindy.

This was a great accomplishment for me as I was a part of the team that helped India to break this record.The success will be published in the UK Guinness Records,which is the original book of records that is also being similarly published by other countries.

After the event, there was also an exhibition that was there for us to see. this exhibition had topics based on ocean technology, genetic research and development in various states of India, and a little bit about research for improving conditions of the human anatomy.

A photo of the achievement will be posted down below. 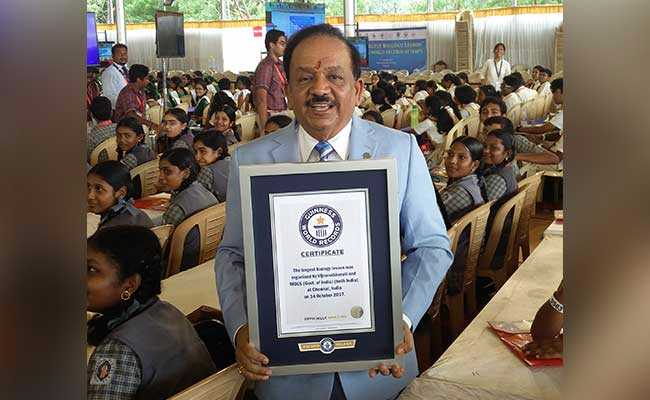 After the achievement was announced, there were various regional and national news channels which had came to record this event. NDTV has posted this event on their website, from which I have taken the photo.

A detailed article on the lesson can be viewed at my medicine page in my blog.

REFERENCE LINK FOR THIS ACHIEVEMENT- https://www.ndtv.com/tamil-nadu-news/chennai-students-create-guinness-world-record-with-worlds-largest-biology-class-1763054

For more details on the topics of the lesson that was taught to us for the record:-https://innovativeideals.wordpress.com/2017/10/25/from-cell-to-dna-spooling-a-detailed-lesson-based-article/