Apollo(known as Lester Papadopolous in the mortal world) has to search for the next oracle to be restored that can only make him a god again. This Oracle is known to be located in the American Midwest; which will tell him is prophecy unless he has overcome the Oracle’s insanity first.

But standing in the midst of his plan, is an evil member of the Triumvirate- The Roman emperor, Commodus which even makes Nero look tame (in terms of bloodshed and crime).

Equipped with a bronze dragon, a mechanic, a sorceress, and his gifted arrow he must search for master and get his prophecy before the world comes to an end

My thoughts about the series:-

I feel that it is a good book and i really like the funny parts where Apollo tries to personify himself with the Arrow Of Dodona as well as when he tries to cover up a ironical  narrative to the readers.

I would recommend this book to those who have an interest in the genres of mythology, fantasy and adventure. 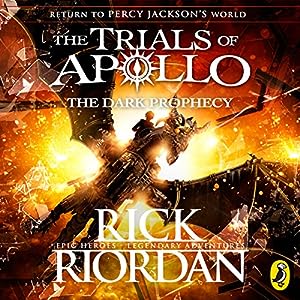