On May 10, 2019, we started from my aunt’s place for our 4 day tour. And our first place to visit was the Mahabaleshwar temple in Gokarna. The journey was for 12 hours, and we reached the temple at around 5pm.

General Information about the temple:- 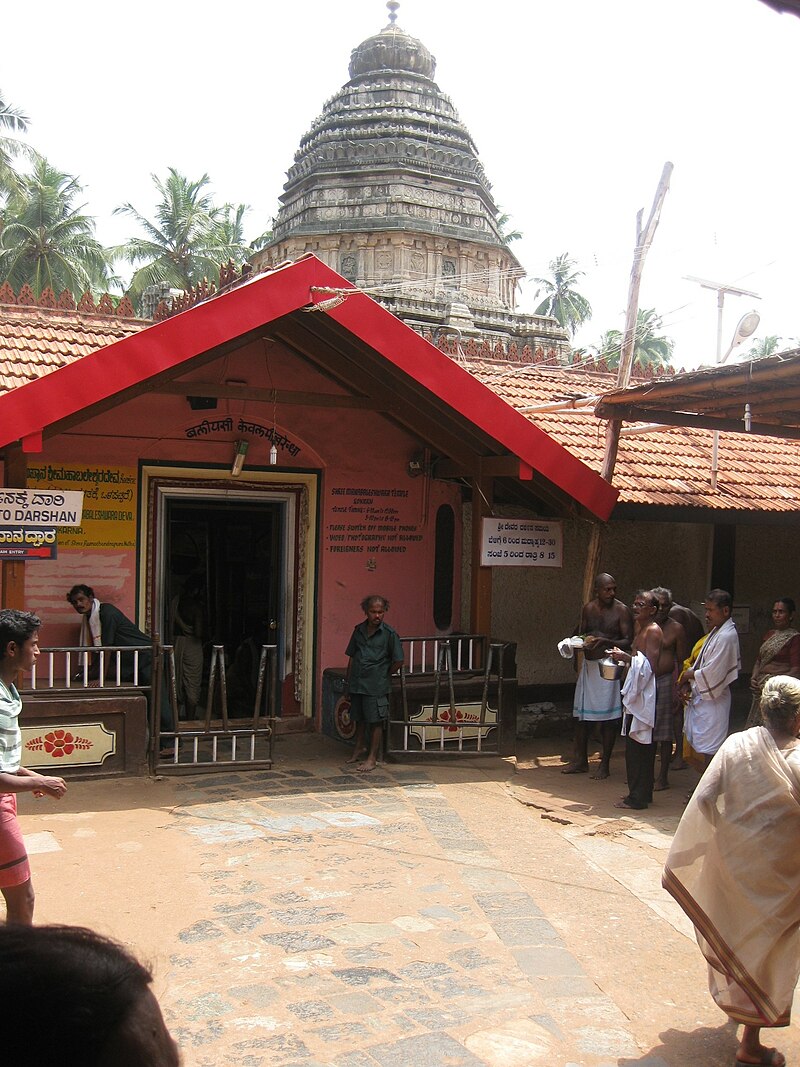 The temple’s first construction was by the king Mayurasharma of the Kadamba dynasty (reign 345 CE – 365 CE),where legend holds that Mayurasharma wished to learn of the Vedic rites and the Ashwamedha Yagna (ritual of horse sacrifice). He traveled to Kanchipuram, a major religious learning centre, but there, he was insulted by a horseman guard. This made him furious and so he swore to defeat the ruling Pallava dynasty. Following his defeat of the Pallavas, the king asked some priests to perform a daily yajna to maintain his suzerainty over the region. Mayurasharma’s son, King Kangavarma brought Brahmin families from different lineages to maintain administration at the temple.